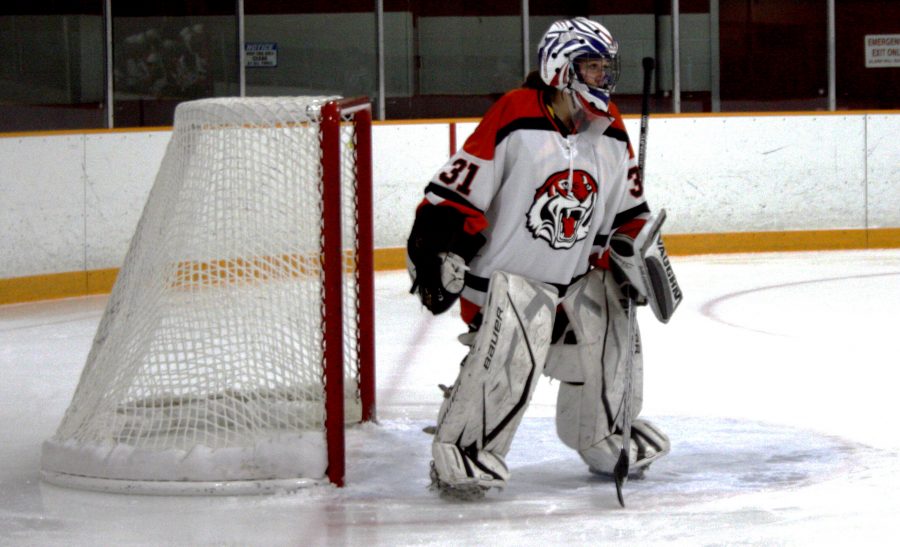 The Newtonite
by Jacob Gurvis

In its first playoff game of the season Monday, Feb. 25, girls’ hockey played well, and beat Shrewsbury 3-1, according to coach Bob MacDougall.

With goals from freshmen Rachel Hamilton and Jordan Monboquette and from senior Ashley Smith, a captain with senior Marisa Gilardetti, the Tigers were able to come away with an important win, and will move on in the tournament.

“With this being the first playoff game, the girls had the right amount of energy. They weren’t intimidated, and the coaching staff kept telling them, ‘it’s just another game,’” MacDougall said.
Many players put up good performances, according to MacDougall. “There were a lot of good performances. Just to name a few, Ashley Smith had one of her best games, sophomore Nicole Quinn played well and junior Hannah Gallogly also played well, and senior Jamie Renner. And I could name another four,” MacDougall said .
“The biggest thing we need to work on is staying out of the penalty box,” said MacDougall. “We were successful in killing penalties, but you don’t want to give the other team too many advantages,” he said.
The Tigers’ next tournament game is Saturday at St. Mary’s in Lynn at 7:30 pm. St. Mary’s is a good team, and it will be a good game, according to MacDougall.
“They’re a very good team. One of the best in the state. I think we have a good chance of winning. We just need to keep playing the way we’ve been playing, and not change too much,” he said.
Delete Image
Align Left
Align Center
Align Right
Align Left
Align Center
Delete Heading