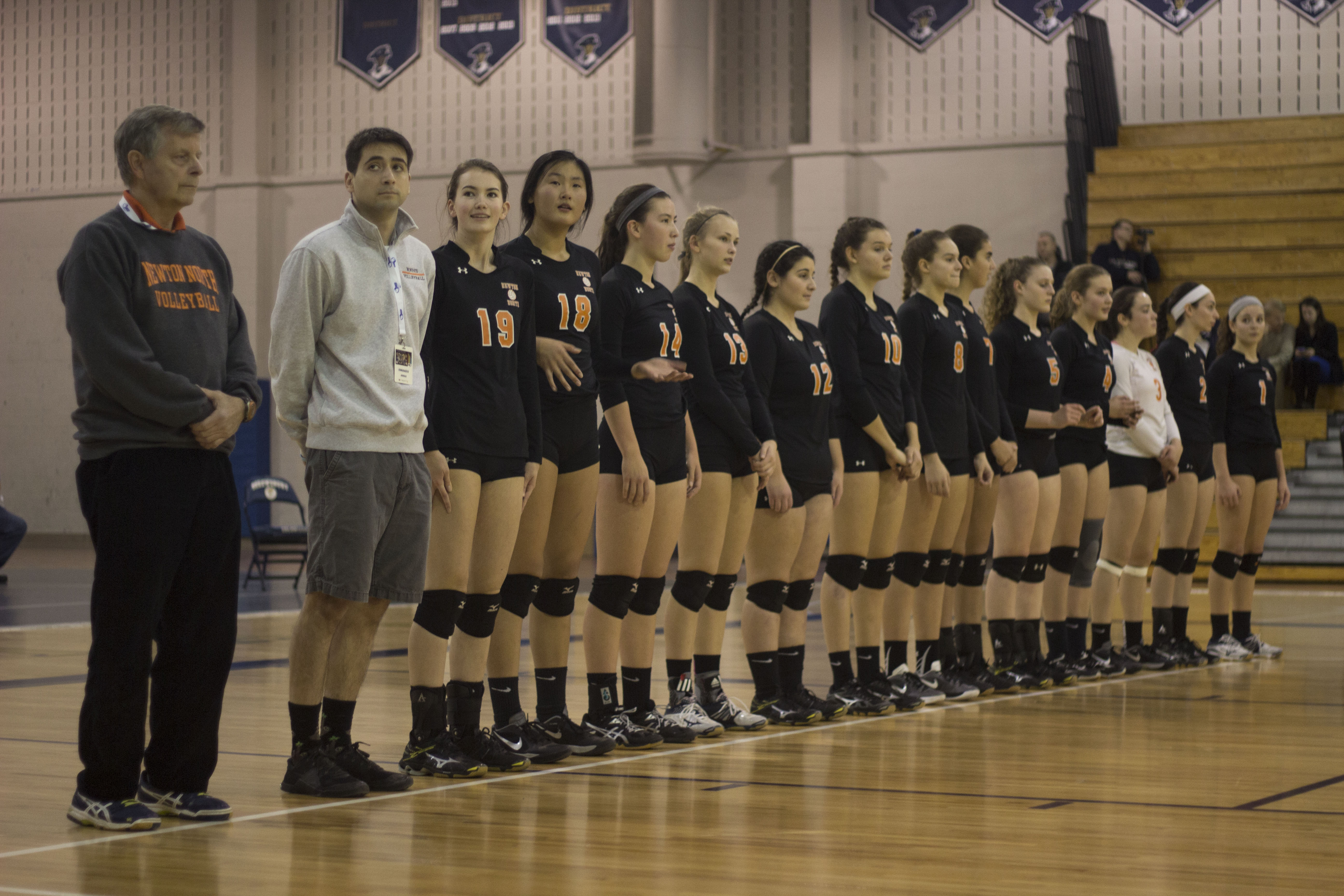 The girls varsity volleyball team stands in line at the beginning of the state finals match against Barnstable Saturday, Nov. 19. Photo by Josh Shub-Seltzer.

Girls’ Volleyball, 21-1, fell 3-0 to Barnstable in the state finals on Saturday in Shrewsbury, a loss to a “great team” that had been “targeting” the Tigers in the final matchup of the season, according to senior Emma Brown, a captain with seniors Abby Donnellan, Lily Marcus, Sofia Perez-Dietz, Liana Reilly, and Anna Zucchero.

According to Zucchero, this season was “unlike any other” that she has been a part of, with “the strongest volleyball team that the school has seen in a while.” The team did not lose a set in the Bay State Conference for the first time in school history this year.

Zucchero cited the team’s depth as a strength during this successful season.

“We had players who were very skilled and who were able to play multiple positions. This allowed our team to be flexible and adjust to different teams with ease,” she said. “We are all extremely proud to have been a part of one of the most successful teams in the school.”

Brown also took a positive outlook on the team’s mindset and the end results of the almost undefeated season.

“We prioritize unity, self-improvement and aggression over winning or having one star player,” she said. “We love volleyball and we love playing with each other.”

Managing editor: Blake is a junior at North and tries to be a hardworking student in all of his classes. Since he was a kid, sports have been a passion of Blake's, and he plays ice hockey and baseball. Additionally, Blake spends lots of his free time watching sports on TV and spending time with his family. His grandparents live nearby in Brookline, but Blake also has family in Washington DC and Hawaii, who try to visit at least once a year for Thanksgiving.